This morning, I decided to spend some time trying to get file icons for Perl 6 files. None of the font packages that file-icons includes have a Perl 6 icon so I would need to take the Camelia logo and turn it into a small icon.

Being a complete SVG noob (and without even trying to learn), I tried to edit the svg xml directly. I adjusted the size, changed some metadata, and then completely lost myself looking at all the paths. At this point I realized that I was doing something wrong as the image was not showing in the thumbnail of Gnome Files.

After fumbling my way through Inkscape for a bit, I was lucky enough to get pinged by Juerd on irc that he already had a mono svg of Camelia.

At this point, I began to look up how to turn that into a font as Atom Editor is just a glorified web browser which means I would need some kind of web font (specifically, woff). I found a fantastic free site called icomoon that lets you turn custom svg files into icon fonts. So I converted that and dropped the folder into my .atom folder under stylesheets. At this point I struggled a bit to understand how to import icomoon's css into my styles.less but after some help on Slack, I had it working! 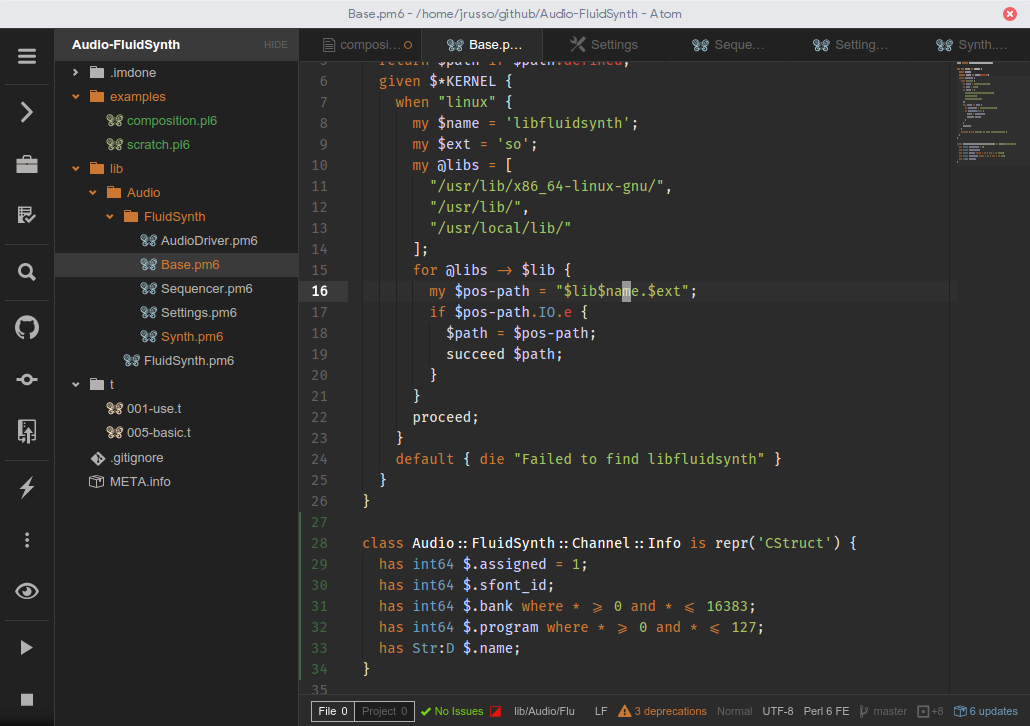 Check out my tweet for a larger image. If you're interested in having these lovely file icons, here's how you do it:

That should do it! You can change the colors if you like, too. Of course, keep in mind that changing the .t extension will overwrite any perl5 file icon (I think it's a camel).